Devilled Edge
Sleepy Eyes of Death 6: Sword Of Satan
aka Nemuri Kyôshirô 6: Masho-ken Japan 1965
Directed by Kimiyoshi Yasuda
Anime Eigo Region 1
Warning: Spoilers slicing satanically into your brain!
Director Kimiyoshi Yasuda follows on from directing the ninth of the Zatoichi movies, Adventures Of Zatoichi, with this quite strong entry in the Nemuri Kyôshirô cycle and, I have to admit I was surprised I enjoyed this one so much because I thought the same director’s work on the third movie in the series was less than stellar (reviewed here...).
Visually, this one seems to be a lot more engaging than his previous Nemuri Kyôshirô movie, Full Circle Killing but it also retains the strong story element which many of the earlier movies were a little lacking in. This one starts off very well in the pouring rain and for quite a while there, it does maintain its own unique and sinister little atmosphere when compared to previous installments.
In this story, a mysterious masked lady begs Nemuri to sleep with her for money but all he does is listen to her story (after paying her) and casts scorn on her misfortune. The next day she has killed herself, leaving behind a young son who a clan have been trying to kill as an heir to the shogunate but who now want the boy to stay with their clan and be th next shogun in line... or their clan is doomed. This is the first film in the series where Nemuri Kyôshirô actually develops a real conscience and is actually regretful of his earlier words which were, ultimately, the words which convinced the boys mother to end her own life.
As the clan comes to take the boy, he leaves him in hiding while he pursues a few other things, including a black mass to which the boys appointed guardian is kidnapped to for ritualistic, naked slaughter. This movie is “all about the boy” as they say, and with Nemuri as his protector, you can be sure various factions in this movie want Nemuri dead and the boy for themselves.
And if that wasn’t enough, Nemuri is also being pursued by a vengeful lady assassin who was related to somebody he killed in an earlier picture. She is easily stoppable but relentless and tries varying methods to bring down our hero, such as having a bald headed nun seducing him and trying to sleep with him, which really doesn’t work out that well for all parties concerned, as you can imagine.
There’s also the old “small deadly creature let loose in the room” ploy (a snake in this case) which, to be fair, has always been a requisite ingredient in pulp fiction (I personally tend to associate Fu Manchu and Sherlock Holmes with being experts in this field). Given the timing of the movie in close proximity to the first cinema-released James Bond film, I suspect this element owes more to the box office success in Japan of Dr. No and its tarantula scene than it does to anything else. It’s not a very good snake scene, I should probably add, and it’s over very quickly and without any real menace or worry on the part of both our main protagonist or the audience, is my guess.
The assassin is quite fixated on her revenge against our angst-ridden hero, even trying to kill him after saving her life from a bunch of samurai who want her dead. And she’s not the only one to hate Nemuri. The little boy who he has sworn to protect hates samurai and would much rather grow up to be a carpenter. What’s more, and this is quite understandable since Nemuri is kinda responsible for his mother’s death, the kid does not want Nemuri’s protection and shuns and rejects our main protagonists noble intentions towards him as much as he possibly can.
This is a Sleepy Eyes of Death movie like no others before it in that the hero is not just on a journey as typified by the traditional “road chanbara” of the time, but also a journey within himself as he realises the way his actions have affected others and is given, in some cases, physical manifestations of these consequences... such as the orphaned boy and the vengeance filled assassin. And the most haunting and taunting of these manifestations is the mask of the boys mother who killed herself after her scornful rejection by Nemuri, which he carries around with him on his belt as a reminder of the harm he has caused due to just a few unkind words.
This is a film which is as much about a small journey of redemption for our lead character as it is about the numerous action sequences which pepper the movie. One of the more satisfying entries in the Sleepy Eyes Of Death movie series and one which has left me looking forward to the next one. Only two more left to watch out of what’s been released so far, though. I hope Anime Eigo get around to bringing out a third box soon.
Posted by NUTS4R2 at 18:51 No comments:

The Perfume of the Lady In Black

From Giallo To Noir
The Perfume Of The Lady In Black
aka Il Profumo Della Signora In Nero
Italy 1974
Directed by Francesco Barilli
Raro Video Region 0 or 1 (?)
Barilli’s The Perfume Of The Lady In Black is not, as it’s often touted, an Italian horror film. Nor is it, I’m afraid, a giallo either... no matter how much the DVD companies want you to believe it is, now that this particular film genre has become so popular again... in fact I’m not really sure what it is in terms of a single movie genre, although there are other movies which follow a similar template to this one.
What it is, though, is definitely a movie which is completely shot through with a certain giallo sensibility: the lightning, writing and direction are all assuredly within the realm of the Italian giallo of this period. Although much of this stylistic leaning probably owes no small amount to the film crews which were used to churning out a lot of movies in that particular genre, and I say churning out without any derogatory intent or slight to the fine works of art which were often committed to celluloid in the giallo’s name, it’s also perhaps a style of shooting which was the best to highlight Barilli’s script. Barilli himself, after all, had contributed to the scripting of Aldo Lado’s great contribution to the genre, Who Saw Her Die? only two years earlier.
To further enhance the giallo connections, it stars Mimsy Farmer as the main protagonist, a lady who had already famously worked with giallo master Dario Argento for his film Four Flies On Grey Velvet and who would star, just a year after this film, in another giallo called Autopsy (aka Sun Spots). I’ve gathered from various DVD extras over the years that she could sometimes be a bit of a pain to work with but she is great in classic “woman in peril” kind of roles and she is also always able to imbue her performances in these kinds of films with a certain inner strength which eventually starts informing her characters by the final reel of the movie, perhaps the most extreme example of this would be her character in the aforementioned Dario Argento movie, but I don’t want to spoil the ending of that one for anybody who’s not yet seen it.
The Perfume Of The Lady In Black is a beautiful little movie which involves a heroine who comes into contact with a group of people who are into voodoo... although the incidents in this film are carefully depicted so that there is a scientific possibility for all the hallucinogenic manifestations which appear to our main protagonist in the film... such as being cut with a nail sticking through a tennis racket, for example, which could have easily been laced with something potent. When her boyfriend’s mate tries to suck the blood from the wound on her hand there is an implicit indication of where this movie is really going right at the end... but I don’t want to give too much away if you’ve never seen this one.
The film is deliberately ambiguous in setting up certain scenes and it became clear to me after a while that, while some scenes seemed to be flashbacks of Mimsy Farmer’s character Silvia which she watches past events... other interactions from her “past” are actually “really” happening in her present and are quite possibly taking place in her head. She spends a lot of time interacting with herself as a child (in a nod to the look of Lewis Carroll’s Alice character) for instance, but these scenes are happening in the “now” and in Silvia’s apartment block... not in her past. Again, the end of the film leaves you in no doubt as to what is really happening... but only in the last couple of minutes. You have to stay right until the end to get a handle on what is really going on.
There are some fairly violent deaths towards the end of this movie... some of which may or may not be taking place. I’ll leave you to discover which but I would point out that the very final sequence includes some gore which really wouldn’t look out of place in a George A. Romero zombie movie.
Regardless of all this, however, the film is so vibrant, like a typical giallo, that it’s very hard not to be impressed with it. The colours and sweeping pre-emptive camera movements are what I live for when watching giallo cinema and this, coupled with the beautiful music of Nicola Piovani (buggered if I can get ahold of it though... anybody tell me where I can get a relatively inexpensive CD of this?) and the inclusion of a minor giallo icon, make this a heady and thoroughly entertaining cocktail of female paranoia and suspense which could give many of the prominent giallo directors of its day a fierce run for their money.
I was really impressed by this little movie and if you’re a giallo fan, although again I must stress that this certainly isn’t actually a giallo, then you’ll probably already be keyed in to the mindset of how this movie has been put together and I expect you’ll not want to miss this one. An absolute pleasure from start to finish.
Posted by NUTS4R2 at 18:37 4 comments:

Hi all.
Today is the two year anniversary of my blog, since my first post here and I thought, rather than write another lengthy epistle to my readers to tell them how great the Twitter community is and how much my blog and Twitter followers mean to me (it is and they do), I’d try to do something a bit lighter and fluffier.
So above is my light and fluffy stab at calling cards for some famous fictional characters. Click to “embiggen” and hope you like them.
All the best,
NUTS4R2
Posted by NUTS4R2 at 17:34 5 comments: 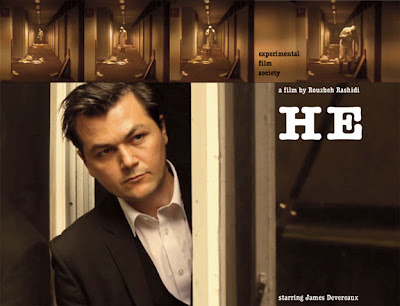 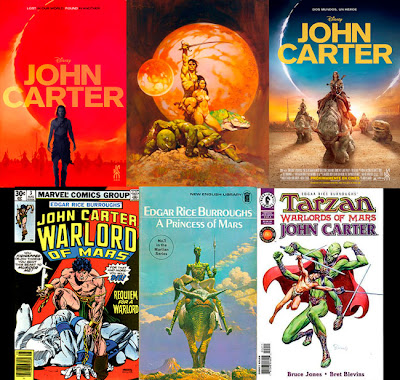 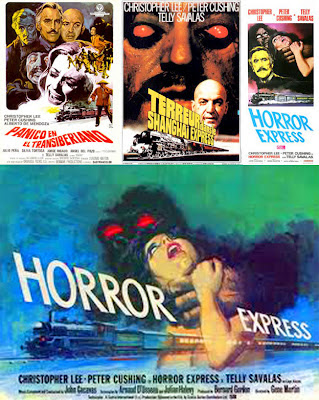