Feneching Touches
Anna, Quel Particolare Piacere
(aka Anna, The Pleasure, The Torment
aka Secrets Of A Call Girl)
Italy 1973
Directed by Giuliano Carnimeo
MYA Communications Region 0
Right then. I’m kinda glad I took the time to watch this movie but I found it quite a troublesome viewing. Also, expect this to be a very short review because it left me a little underwhelmed and I was a lot more dissapointed with this movie than I thought possible.
Now then... there are two very good reasons why I wanted to watch this film, even though Italian crime movies aren’t really my scene (having said that, of course, I watched a couple of really great ones earlier in the year so maybe I’ll explore this genre properly at a later date).
My first and main reason was because an Italian soundtrack expert I know, who sells me and also helps produce some of the Italian score CDs he sells, told me that this score, by Luciano Michelini (who also did the score for Island Of The Fish Men as well as the theme music for a TV show a friend watches called Curb Your Enthusiasm), was probably the best score he’d ever been involved in on CD. I bought that limited edition score from him on the strength of that recomendation and, while I wouldn’t agree that it was in any way an outstanding score when compared to a lot of the Italian movie scores I’ve listened to and cherished over the years, it’s certainly got some good stuff going for it and is in much the same vein as a typical Stelvio Cipriani score for this genre would be.... and so I did want to see the film at some point to better understand the music in the context of its placement with the original imagery.
Secondly, the movie stars Edwige Fenech as the titular(!) Anna and, frankly, she’s my favourite of the “giallo” girls I have loved seeing on screen. I even have a mug with her on it in scenes from The Case of The Bloody Iris (aka What Are Those Strange Drops Of Blood Doing On Jennifer’s Body?) which was also directed by the director of this film) to drink my tea out of. I’ll pretty much watch her in anything and so, there was no way I could really go that wrong when I finally got around to tracking down a copy of this movie and buying it.
However, it has to be said that the film does not have a lot going for it in my opinion. True, the acting is great in this story of a girl who falls for a “bad apple” who beats her up and pimps her out for his mafia connections... at least, that is to say, it’s good for the standards of this particular genre and Edwige is always a convincing actress who throws herself into her roles.
True, also, there’s some lovely shots and edits and fairly inventive camera work which is typical of the “Italian movie scene” of the time and which helps to elevate this movie visually with some expert moving camera work to draw you in and some great set design with vertical slashes of blue and red boldly placed in the centre of some of the frames which is quite astonishing and brave in some sequences.
However, the story and characters were so worrying to me that I wasn’t able to pull myself out of the picture significantly enough to concentrate on the mise-en-scene... even when Fenech was walking around nude, as she did a fair amount in her movies. The sexist and misogynistic attitude of her mafia boyfriend was such that I really had a hard time watching Fenech get shouted at, forced to do stuff against her will and constantly slapped around the face. While there are certainly interesting elements to the film, such as the way the time displaces itself between scenes by jumping six or so years at a time or the unbelievably Dr. Kildare-to-the-rescue-but-not-quite bleakness of the ending with her young child and John Richardson (from such movies as Black Sunday, She, One Million Years BC and The Vengeance Of She), the sheer brutality of the role is really not my cup of tea and, despite its noteworthy soundtrack, I don’t think I’d find myself watching it again to be honest.
So there you go. A film which was not to my taste and which I can’t in all conscience recommend to people, even though I know a fair few people have said some good things about it. Not my cup of tea I’m afraid... even when I’m drinking it from my Edwige Fenech mug!
Posted by NUTS4R2 at 18:18 No comments: 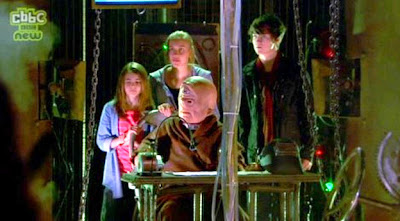 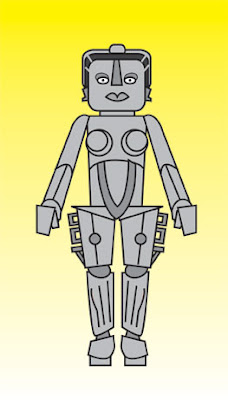