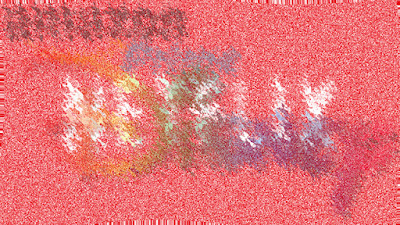 “Turn off your mind, relax and float downstream.
It is not dying... it is not dying.”
Tomorrow Never Knows, Revolver, Lennon and McCartney

Okay, so that’s nine years today that I’ve been posting up what are mostly film, book and TV reviews to this site.

I’d planned on saying something about streaming content from places like Netflix, Amazon Prime and the upcoming Disney channel because, frankly, it’s still a hot topic on forums like Twitter. However, I looked back at what I talked about in my eight year anniversary blog and it looks like I covered a lot of it there.

That being said, I still want to go over a few basic things about the huge amount of streaming channels because the people who are all for them, as they feel everyone can access them are, it seems to me, somehow missing the point. There’s also a huge plus to some of these content streams but, I suspect, that huge plus point may severely diminish or completely disappear over the next ten years or so.

So, point one... yeah, Steven Spielberg’s absolutely right when he says movies funded and released almost purely on a streaming platform/channel, even if they have a very brief theatrical release, should not be up for Oscar consideration. Oscars are for theatrical release content and anything else is TV movies and not, specifically, a branch of the art that the Academy Awards were invented to honour. Not that I place much stock in the Oscars myself but it’s an award for a specific kind of entertainment route and I don’t think the rest deserve the chance to encroach on that space. There are other awards they can win which aren’t The Oscars.

Point two,  if you only have a very limited theatrical release... and I’m talking about a few days of single performances or none at all... then a lot of people really don’t have access without indulging in the strange, almost emotional blackmail of shelling out a subscription charge for each channel. And if they are going to do that then the customer needs to find the time to watch more than a couple of hours per month to make it worth their while (although, same with cinema I suppose... to an extent). A great deal of these exclusive streaming releases don’t even get any kind of home entertainment release on the likes of DVD or Blu Ray (especially not over here in the UK)... so not only can some people not even access them in a justifiable manner, they also can’t own a copy to put on their shelf for viewing whenever they want. I have piles of some 500-1000 Blu Rays/DVDs sitting around from the last ten years waiting to be watched and reviewed for this blog. Do you think I'd be able to hold onto any of that lot for that amount of time on a streaming channel?

Which brings me to point three... people who are subscribing to these are subscribing to a moveable feast. Shows and movies come and go as, bizarrely, the channels remove them from their service at various points in time. So, unlike a DVD or Blu Ray, you can’t just watch what you are paying for any time you want to. These things disappear at the whim of the powers that be so you are stuck without the product you want when you require it and, if you’re using something on there because you want to analyse it for, lets say, a film studies qualification... then you may find yourself stuck without warning and with not much that could be done about it. DVD and Blu Ray purchases prevent that from happening to you.

Now, as I said, there’s a huge benefit, at the moment, to directors and writers working exclusively with companies such as Netflix and Amazon Prime and that is... more creative freedom. I think it was Duncan Jones who said his Netflix film Mute (reviewed by me here) would not have been funded or released another way and I’m assuming that’s because a major studio would not indulge his full creative input or be more relaxed about what the artist wants to do as some of these streaming services are apt to be, for the moment. So I can understand the appeal for some directors, even if their product doesn’t make it into cinemas. However... how long is it before these new streaming services get more of an idea of what their core audience want and start imposing tighter creative restrictions on the directors? I’m sure, for example, Disney are being much more precious and controlling about their new Star Wars TV series The Mandalorian in terms of creative control. So I can’t see much, if any, leeway given when it comes to ‘final cut’ on shows like this. I may be wrong but... well, I can only speculate. I suspect we won’t be seeing it on DVD or Blu Ray anytime soon though, since Disney need some kind of carrot to hook their new channel customers with. We shall see how that one plays out, I guess.

Oh...well there you are. Even though I tackled the same subject as last year’s anniversary post, I’ve clarified some of my thoughts on the issue here, I think. The birth of streaming online and on TV has created problems, I think, for the industry and, as importantly, for the end users which we’re only just beginning to grasp. Whether we can turn the phenomenon of streaming content into something which is a more positive, genuinely accessible force for the continuing success of the art form is anyone’s guess at the moment. In the meantime, people can go round their friend’s house to watch something if they don’t have the stream in question or, you know, pick up a free bootleg... which seem to be appearing every now and again at the various places one might expect to see these things. This kind of amounts to the same thing as borrowing a friend’s password and, so far, I’ve not seen any of these discs actually for sale on the black market but, if the content holders continue to withhold from cinemas and home video releases, I’m sure it will become an issue at some point soon for them.

Anyway... those are my thoughts on streaming media providers at the moment and, if some of this seems vague or unclear, please bear in mind that I’m in a lot of pain right now and spaced out on nausea inducing antibiotics as I type this stuff. So cut me a little slack there.

So all it really needs now for me to finish my post off with is this... if you’ve read this far.

Thanks to you all for reading and continuing to read my blog. Each and every one of you, whether you agree with my views or not, is very much appreciated and I hope you continue to come back here when you can. It makes this whole time consuming affair of holding down a day job and then watching and writing about stuff on a regular basis a little lighter, in the end.