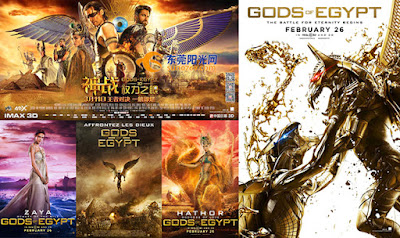 Back in 1973, when I was five years old, my parents took me into London to see The Golden Voyage of Sinbad, starring John Philip Law, Tom Baker (before he had won his most famous role) and the ‘truly wonderful’ Caroline Munro. It was another in a small but growing list of films, containing magical beasts devised and animated by Ray Harryhausen, that I’d seen so far on television but this was the first time I’d seen one of Harryhausen's works at the cinema. So, in addition to the charms of Caroline Munro (I was even enchanted by her as a five year old), there was an absolutely jaw dropping scene where a large statue of the Goddess Kali came to life and fought Sinbad, swords in all six of her hands. It was absolutely fantastic to this young ‘un watching in wide eyed wonder as hero fought statue to the strains of Miklos Rozsa’s wonderful score. It wasn’t until a couple of decades later that I got to fight that statue myself in my sometimes guise as Lara Croft, when I took the controls of my old Playstation console in a level of one of the Tomb Raider games which was obviously inspired by the 1973 movie. It was still a great look back to that sense of wonder I had as a child.

So I have to ask, 43 years later.. where has all the thirst for magic and wonder gone that people can vastly ignore a movie like Gods Of Egypt in their droves. This movie is filled with exactly the kind of humour, spectacle and sense of fun that all those films that Harryhausen used to crank out would aspire to and, more often than not, succeed in delivering in spades. I must admit the promise of Gerard Butler in another mythical period piece kinda gave me pause for thought... just before the bad reviews, incredibly bad box office and delayed release date in this country (by almost four months) put me off going to see it. That being said, when I finally saw the trailer a few weeks ago, I realised that this film did at least have the potential to be a modern Harryhausen type fantasy and was helmed a director whose films I actually quite like, in the form of Alex Proyas who directed such great movies as Dark City, I Robot and Knowing. And then, of course, the final decider for me was that I heard some of the samples of Marco Beltrami’s score for the movie, which I promptly ordered on CD and, thanks to the old school style delayed release date, was able to listen to before seeing the film in the cinema.

So I went. And all I can say is, this film certainly doesn’t deserve the terrible reputation it seems to have garnered. I went to see this thing on the only IMAX screen in Enfield Town on a Sunday afternoon and, believe it or not, I was one of only five people in the audience. Such a big screening room to find itself unfilled. And a great shame too because, in terms of sheer 1970s style escapism, it’s a great little movie.

The film is filled with a load of actors, most of whom I had seen before but, also, nearly none of whom I could identify by name or in what movie I’d seen them. It starts of with an enthralling depiction of life in Ancient Egypt when the Gods walked the Earth with mortal men (an Earth which is depicted as flat at one point, which was a nice little touch). The Gods take the form of man only they’re much bigger... so if you think of the style of the reduction of the Hobbits in the Lord Of The Rings films, the mortal heroes are all quite little and the God heroes dwarf them in scale, to a certain extent. At will, however, the Gods can transform themselves into big, Egyptian beasts the likes of which you only see on hieroglyphics.

Gerard Butler is the main villain in this one, playing Set, who wrests the future king's crown for himself on the day of Horus’ scheduled coronation, killing his father and taking ownership of Egypt so he can rule with an iron fist. He rips Horus’ all seeing eyes out from him and Horus, played by Nikolaj Coster-Waldau, fleas and hides where he hopes Horus can’t find him. Set takes Horus’ future queen Hathor, played wonderfully intoxicatingly by Elodie Yung, for himself and starts hunting down all the Gods so he can take their individual, speciality God-bits, and turn himself into some kind of super-God.

Yes, it’s all about 'the joy of Set' but, luckily for Horus, there’s a young thief called Bek, played by Brenton Thwaites, who is in love with a girl called Zaya, played by Courtney Eaton, who tells him how to get into Set’s treasury. So he breaks in, all Indiana Jones-like, avoiding various clever traps, and steals back one of Horus’ eyes. Alas, when he is en route with Zara to reunite it with Horus, Zara is killed and, after a fight scene where Bek and the blind Horus are arguing the stakes, Horus delivers her to Anubis who takes her on the first part of the journey to the afterlife. I won’t go into the whole thing here but Horus promises Bek that he can bring her back once he is made King of Egypt. So, reunited with his right eye and looking a lot, for most of the rest of the movie, like he just escaped from New York, Horus forms an unlikely and argumentative alliance with Bek as they go on a quest to meet various deities and arm themselves with the tools and wisdom to defeat Set. It’s a twisty turny road but, even though the plot is simplistic, it’s actually a little more layered than those old Harryhausen movies, giving it a little weight in places where it's not strictly necessary but it certainly doesn’t detract from the sense of fun in the movie... actually giving it the kind of depth modern cinema-goers might feel they need mixed in with their escapism these days.

I’ve always, for some reason, had a passion for Ancient Egyptian iconography. Never really studied their culture much but always loved going to the British Museum and hanging out with the mummies and definitely enjoyed movies or TV shows that plundered this culture for their settings. This film uses it and takes it to levels we’ve not seen before. The Gods themselves, who bleed gold and who, when they change into their big golden CGI counterparts, are a little like watching a Transformers movie, are very impressive and the film is all about the spectacle of these Gods. There are some cool compositions and landscapes to take in and I found myself really enjoying this movie as every new plot twist and beast was revealed throughout the course of the running time.

Some of the editing is interesting too. There’s a particular battle scene where Horus is battling five, um... I guess they’re ‘cow-gods’... where the shots don’t necessarily follow on from each other. Normally I'd find this confusing but in the case of this sequence, it’s like a visual shorthand for only showing the audience the key points of the battle and I was quite impressed by this fight, actually. It’s not exactly the splashiest of the sequences in the movie but the way in which the length and choice of each shot in this minor skirmish was put together to form a credible whole was something I was conscious enough to notice as it was happening... which makes for an interesting viewing experience.

The film is full of great action, impressive set design, wonderful costumes, great actors (who also include Geoffrey Rush as Ra and the new Black Panther, Chadwick Boseman, as Thoth, in their number), some interesting but surprisingly rewarding editing choices and a kick-ass score by the aforementioned Marco Beltrami. On the score front I think he maybe could have used a little more of the silver screen’s legacy of the pseudo-Egyptian tint that composers like Dimitri Tiomkin invented for Land Of The Pharaohs but, even so, it’s appropriate support for the picture and great as a stand alone listen too, if you’re of the mind.

My one small criticism of the movie was that I was left a little unimpressed by the visualisation of the personification of the Sphinx here. I think it could have been maybe a little more like the ruins of the one we now know and I do think that was the idea... I just didn't think it worked so well. However, it’s a very minor grumble and he still got a big smile from me when he utters the line “Oh, bother.” at one point.

All in all, this is a great movie for lovers of fantastic cinema. I said it when I first saw the movie The Big Liebowski and I’ll say it again for this movie too... this is exactly the kind of film that cinema was invented to show. Big, larger than life visions made celluloid flesh (alas, now poorer quality digital flesh) and projected onto a big screen. If you loved all those old movies like The Seventh Voyage of Sinbad or Jason And The Argonauts then Gods Of Egypt is the very successful, at least in my book, modernisation of these kinds of things. So don’t miss out just because of bad reviews and poor box office... this is a really great homage to those clashes of titans from yesteryear. So when you see those bad reviews... just tut and come in, anyway.
Posted by NUTS4R2 at 19:10