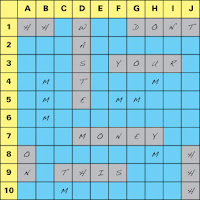 Wow... I never thought I would be actually having to write a movie review of this particular film in this tone. I mean, c’mon, you know a movie based on a very rudimentary childrens game is a stupidly conceived idea to begin with but you don’t expect the film-makers to make a movie as bad, if not worse, than you imagined they could make out of this material. I think this is probably going to be a very short review. So what have we got here then...?

Fire Torpedos: Ok... bad enough that you base your movie on such a slender premise. You then have the gall to promote it on a game of Battleship when you have completely moved the goal posts already and turned it into an alien invasion movie more reminiscent of a part of the Transformers franchise than anything to do with the original game.
Outcome: Direct hit to their starboard bow sir.

Target their weapons:  It’s surprisingly bloated. The main protagonist outstays his welcome before the title has even come up... while you spend a long, long time finding ways to show what a f*ck up and disappointment he is. We got it already within the first couple of minutes! You don’t need to pile on scene after scene of pseudo-character development as it’s both unfunny and feels like the running time is being horrendously padded.
Outcome: Hit! Main guns down, Captain.

Broadside against their port side: This film is surprisingly badly written. What’s the point of having commendable special effects when it’s so dumb? I still don’t know what the aliens were after, or why they weren’t killing unarmed humans. Nor do I know why they were trying to signal their fleet when it’s obvious they pretty much already knew how to get here. Seriously? This is fine... just... for six year olds. To anyone even approaching the age of consent, however, this is just going to look pretty dumb.
Outcome: Hit! They’re not in good shape, sir.

Hang on Captain, they’re firing back: Okay, so this film was trying so hard to be a Transformers movie, what with its mechanised, explosive death craft and all, that the studio hired the composer of the scores for those movies, Steve Jablonsky, to do the honours here. Result? It’s actually got a strong score, not as good as the first Transformers movie but certainly a lot better than the second and third. I shall be buying this one when it gets a release. Shame it’s almost the only redeeming feature of this film.
Outcome: We’ve taken a slight hit sir!

Take evasive action: Trouble is, of course, that score can either support what’s there or, in some cases, elevate the movie to new heights through a series of musical statements that help you empathise with the on screen action or give you a greater understanding of what’s going on. Unfortunately, the sheer awfulness and dumbness of some of the decisions made about  what’s on screen overwhelms the support the score can offer it and, unless you’re specifically listening out for it, you’re probably not going to give it much thought. Worse, there are whole passages where the score is completely obliterated in favour of some kind of soft, commercialised, middle-of-the-road rock music. So it doesn’t get much chance to fix things anyway.
Outcome: Most of their torpedoes missed us, sir. They’re coming around to have another go at us.

Incoming: The film has a couple of really high quality actors in it. Alexander Skaarsgard and Liam Neeson. They obviously believe in the movie.
Outcome: Just missed us, Captain.

Show them what’s what with a salvo across their bow: Well I’m guessing they either just wanted to take home another bloated Hollywood pay cheque or the film turned out very differently to what they’d expected. Honestly, most of the cast, even the less than likable main protagonist, all put in good performances. It didn’t help the movie in the end though. Also, Liam Neeson must have less than ten minutes of running time spread out across the whole, padded... err... I mean epic length of this movie... on about three different sets used for multiple scenes filmed with him. You can bet his first and last appearances on the movie were shot on the same day... at least that’s what I suspect. I don’t know how many days of actual shooting he was involved in but I can’t imagine it was anything approaching a week.
Outcome: Hit! Some of their crew are bailing, sir.

One last shelling ought to do it. Fire when ready! I think I don’t really have much more I can say here. I was actually half expecting to enjoy Battleship because I do have a soft spot for large, US action movies but this one just stunned me and had me wonder just how small the suits in Hollywoodland think our collective IQ is. I honestly can’t recommend this to anyone who is even half the size of me. Seriously, they should have a little bar next to the ticket-tearers at the cinema about waste height and a sign that says “you must be no taller than this to enter this screening” wherever this one is playing. I honestly felt this one was a complete waste of my time when I could have been watching something more intelligible (like Teletubbies maybe?). I hope this one doesn’t do well because I would hate to think the amount of money they sunk into making dire twaddle like this is validated at some level.
Outcome: We’ve sunk their Battleship, Captain.