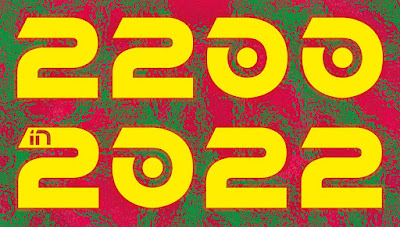 Is The Digital Dream
Already Dying Or Shifting?

Thanks for reading what is, my 2200th Blog Post for NUTS4R2. Due to two batches of recent news specifically about the digital streaming channel Netflix, I thought I’d take the opportunity in this post to write a little follow up to my 13 Year Anniversary Post back in March about the future (or lack of) Physical Media (which you can read right here if you like). In that article I also painted a fairly bleak picture about various creative companies who are, at present, funding riskier projects (of which Netflix happens to be a prime example) and where I saw them a bit later down the road, when they possibly stop being able to take risks... and the future of film as an art form looking decidedly darker.

The thing is, these two pieces of news from Netflix made me wonder if we’re accelerating into that state way quicker than I thought. Now I’m not sure what the answer to that is but, these are the two bits of news which became apparent since I wrote that little article...

One, Netflix announced a huge drop off in subscribers to their channel and, two, as of yesterday (at time of writing this... so a little under two weeks from when I go live with this post) they have announced a large number of lay offs (mostly in America) as cuts are made, presumably as a considered response to the shrinkage of their customer base, which they are projecting will lose a lot more subscribers for a period of the near future.

Okay, so I’m not quite that naive to assume this is the end of Netflix by a long chalk but, lets have a look at what might be going on here, just for fun. First of all... I can’t believe this is just happening to Netflix... I’m sure most of their competitors may well be feeling the pinch of people opting out too... but Netflix is a big share of the market so, they’re probably feeling it a little more. Now, when I first heard the news about the customer drop off, I assumed this was just localised to my home country, the UK. And it made sense with the extreme costs of living crisis we are suddenly in (brought on by an incredibly bad government), that people would just begin to choose eating over subscribing to a television channel if they want to live. So I was a little surprised when I discovered that this trend is affecting US customers too.

So then, what’s happening? Well, with an abundance of channels all giving exclusive options, I’m guessing people are trying to pare down the number of individual subscriptions to different companies they have contracts with because, well... because it’s expensive. I suspect Disney+, because it has Marvel and Star Wars on its books, will be winning out and possibly even gaining from the fall off of, not only Netflix customers but all the other channels. If you’re left with only enough money to stream from one channel, then Star Wars and Marvel are going to be the things people feel they can’t do without... for now (okay, I’ll get to that point in a minute). So, yeah, what this means at present is... I suspect everything is going to quickly go the way of the ‘assured blockbuster’ route (which Disney almost have a Monopoly on... thank goodness Warner Brothers has a hold of DC) as the customers are definitely voting with their wallets. I may be wrong but... yeah, I think this is what’s happening.

Now, one of the things companies like Netflix (and indeed Disney+ when it comes for their time in a slump) will blame is the huge amount of pirate channels on the internet, where their content can be viewed for free in HD, with no loss of quality. But, well, my view on video piracy and what it’s become has not changed over the decades. If people could afford to pay for these digital channels then the majority of the customer base would do so, I believe. However, many of them can’t afford to so they go to the pirate stations (and if the pandemic has demonstrated very clearly, these things are incredibly easy to find now). If you manage to close down every single pirate station (which, frankly, I suspect would be an impossible task) then don’t expect a sudden, huge uptake in customers. You might get maybe a few but what this really means is... there will be much less pairs of eyes on your films. And you may say that’s fine because people weren’t paying for that privilege anyway but, guess what? Many fewer eyes on your film means much less cultural presence for your film and, therefore, the slippery slide to the drop off of people watching... and remembering... your legacy of movies.

Another point is... Disney+ won’t always be the winners. They are for now and this should last for at least another decade (although the speed of the drop of from Netflix makes me consider the possibility that it could be around the corner quicker than I think) but, well, have you seen what Disney have doing to their big properties? We all love Star Wars but the new prequels and sequels have been hit and miss and certainly have diluted the brand considerably. A brand which has been corroded even more by multiple TV spin offs. I've not watched any of Obi Wan Kenobi yet but, my cousin who is a big Star Wars fan assures me it's pretty dire. I'll still watch it. Marvel is not quite in such a bad state but, well, I went and saw Doctor Strange And The Multiverse Of Madness at the cinema recently (you can find my review here) and, had I not seen the WandaVision TV show (reviewed here), which it feels like it’s a sequel to, I think I probably wouldn’t have had a clue about what was going on with Wanda’s mindset by that point. So, I suspect after not a few more years, the interest in people turning up for these kinds of properties may be dropping off quite a bit... but it’s been fun while it’s lasted (I would have loved seeing all this stuff as a kid).

So do I think the world of online digital streaming is dying already. Hmm... probably not yet but it is, I think, already beginning to mutate into something far less creative and palatable much quicker than I was expecting, to be honest. And from there we can all watch the slow, creeping downfall which, alas, will change the way we think of movies and TV forever, if I’m not very much mistaken.