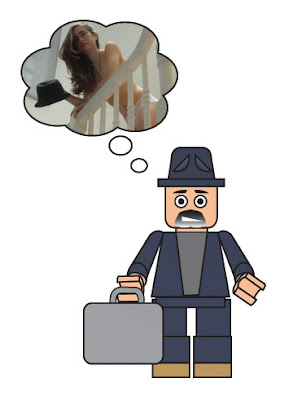 I’ve long held the belief that Hal Hartley is the greatest living director and generally taken every possible opportunity to herald that sentiment to anybody who a) likes movies enough to have heard of Mr. Hartley and b) will actually sit still and listen. This kind of overly positive attitude to people can sometimes make me nervous when I set myself the task of “reviewing” that person’s work... and it’s worse when the person has not, as yet, shuffled off this mortal coil.

That is to say... if I was writing a review about one of my other directing heroes like Akira Kurosawa or Andrei Tarkovsky, I would be pretty nervous, sure, in case my personal theories and feelings about their work ran contrary to what their intentions were (and I missed something really obvious, which is always a worry) but the ghost of Akira Kurosawa is not going to come and give me a good seeing to with Toshiro Mifune’s spare samurai sword. Similarly, Andrei Tarkovsky is not going to spring to life, zombie like, and shamble around after me trying to make me drink a good, unhealthy dose of liquid oxygen.

Hal Hartley is still alive. In the “extremely remote” chance that he actually might read something I wrote and disagreed with it or, you know, generally disliked it... he could possibly find out where I lived and break my arms.

So I guess I’m kinda nervous on this one... forgive me if I stumble.

Okay, so Meanwhile is Hartley’s latest feature and, by feature, I mean it in the good old Universal B-movie sense because, frankly, it’s only an hour long (boo, I wanted more). Even so, one hour of Hartley after his continued absences from the commercial cinema/movie scene is like a glass of cool water to a man stranded in the desert.

The quality of the... (insert pretty much all aspects of film-making here)... is absolutely everything you could hope for in a distinct return to form for Hartley (yeah, okay, I’ll admit I didn’t like Fay Grim so much... but I loved every other feature he’s made and most of the shorts too... can I be forgiven please? I’m going to give Fay another try sometime soon, I promise!). All of the action takes place in a roughly 24 hour time period in New York and D.J. Mendel, who is absolutely superb in this role (as I would expect), plays Joseph and follows him on his day as he tries to keep his head above water.

Joseph, it seems to me, is an eternal optimist. He has no money but he is always giving it away or promising it to people when he is struggling, quite cheerily, to make some money in the first place. He can pretty much fix anything (harkening back to Matthew Slaughter as played by Martin Donovan in Trust) but, although he does go around fixing things for people all day, he refuses to accept any money for his good work. He even fixes a Spanish housekeeper’s back in a scene which is very old school, obvious (almost slapstick) and broad comedy.

He continues this optimism all the way through the film, even though he has a crushing weight on him as he failed, to his knowledge, to prevent a woman from throwing herself to her death off the Brooklyn Bridge. This in some ways informs certain choices he makes through the picture... or at least gives his dogged determination in the face of rebuttal a sense of being justified if you don’t happen to share his kind of mindset... but ultimately, as I said before, he’s just the great optimist. At least that’s how I see him. This is nowhere more apparent in his ultimate fate and his last line in the movie. This is "the guy" you would always want to hang out with down your local pub. The talented everyman in pursuit of the break and gently nudging along with the mundane and “everyday” occurrences which make up a lot of people’s lives.

And, of course, he spouts those great Hartley lines. The real poetry of the way people interact with each other is a joy to listen to, as well as see perfectly and cleanly and, mostly, simply framed in this director’s awesome shot designs. Fans of this writer/director will love this movie anyway but more-so because this one has a distinct retro feel when it comes to this director’s back catalogue. I’ve already mentioned the slight character trait connection the main protagonist shares with an earlier Hartley hero but there are lots of little nods to the director’s early works in this movie. One girl’s initial dialogue/monologue came off sounding exactly like what Adrienne Shelley’s character Maria (also from Trust) might have said... heck, for all I know it could be one of the same speeches with just a few tweaks. There are lots of little moments in this which sent little blips of deja vu echoing through my Hartley movie memories and I really liked this stuff. Hell, even the title of the movie is a visual echo of the captioning in The Unbelievable Truth (I hate mentioning Godard in comparison to Hal Hartley’s stylistic distancing techniques but... I’m sorry... this movie shares a similarly Godardian device in that it uses a series of intertitles which make up chapter references).

This is not to be derogatory to the director, of course. The last thing he may want is to hear that this movie looks and sounds like something from his earlier period. Maybe I’m just responding to the directors style on this one... the rawness of the poetry being particularly potent in this maybe just means that the dialogue is, you know, kinda Hartleyesque... which I guess must be a compliment of some sort... or at least a truth, unbelievable or not.

This film is very self-referential too. We’ve seen Hartley playing himself before in the third segment of the feature-length version of Flirt and, once again, he’s mentioned in this movie... even though he doesn’t actually show up at all. His wife, a constant actress in Mr. Hartley’s work, does though. Playing herself for a change. Joseph borrows her apartment while she’s in Shanghai overseeing her fashion label and so he goes to pick up the key from Possible Film’s offices, where a woman borrows the novel of Meanwhile overnight. These days I think I’m supposed to describe this kind of element in a movie as “meta-textual”... but I’m really not sure I’m all that fond of the meta word to be honest and, a decade ago, I would have referred to this movie as having a postmodernistic attitude... which would have probably sounded a bit better but ultimately, still means the same thing. Either way, the movie takes place in a universe where the director, wife of the director, offices of the director and the template of the movie you are watching, exist as fictional elements that appear in the story (if you really want to call it a story... I’m not too fond of stories, as you may have figured out by now if you’ve been reading any of my other blog posts semi-regularly). Make of that what you will.

Personally, I just thought it was kinda fun.

The music is cool on this too, of course. It’s typical Hal Hartley music... which is to say, it’s catchy and works really well laid over the visual images (and probably works really well as a stand alone listen too... “Hartley the musician” has that knack about him). The director comes clean about having composed the music himself this time... none of this Ned Rifle or Ryful playfulnesss on this one. He’s got over that, I think.

So yeah, this is a fun movie and a fun listen and there are some little sections of this movie that might also make you think... and the main protagonist is somebody to aspire to be like in their attitude too. How cool is that?

I started off this review restating my belief that Hal Hartley is the greatest “living” director working in film. After having seen this movie, I can find no evidence pointing to the contrary... this is another mini-masterpiece made by an absolute genius on the cinematic landscape. It’s also a really great jumping on point for this director if you’ve never experienced his work before. A really solid intro to some of his recurring themes and his ways of expression. I’d give this movie (and this director, obviously) a Grade A recommendation to anyone. A perfect watch. Go to his website Possible Films and go buy a load of his stuff, including this movie. He deserves it and so does your mind!