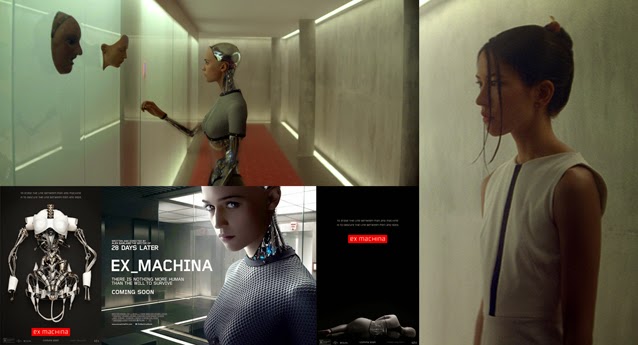 Warning: Some light spoilers on this one, I guess.

Right. Been worrying about how to approach this review because, frankly, I know that one of my twitter followers really liked this movie and I suspect she’d be very disappointed with my response to it if she ever read this. However, I’ve always kept the reviews on the blog honest as to my reactions to the films and it would be irresponsible to my readers to be anything less than that now... so should Becky Grace Lea of the nethersphere known as Twitter ever stumble on this review... and I sincerely hope she doesn’t... turn back now and don’t read this one would be my best advice to her.

Also, anyone who reads on from here and hates this review should probably go and check out Becky’s review of this which, I’m sure, will probably be up at some time within the next day or two of this review going live and which can almost certainly be found somewhere on the Assorted Buffery website here. She’ll have a much more positive spin on it for you, I’m sure. As for me... well you were all warned.

Okay, so Ex Machina is the first film to be directed by the famous novelist Alex Garland and, I have to say, it kinda feels like it’s a first film and somebody trying to get something out of their system, in some respects. I can’t say I was particularly looking forward to this one since, after seeing the trailer, I was pretty sure I knew exactly where it was going to be going with the ending of the movie. Well, the good news is... the film doesn’t quite go exactly where you assume it will be going from the set up in the trailer. Another piece of good news is that the implications of Deus Ex Machina being used as a literary device to give the film a cop out, miracle ending is not the usage the title of the film is embracing. It’s merely a metaphorical identifier of the origins of the phrase and not the modern, more common usage of the term.

And those are the two bits of really good news I have about the film. Now for the mostly bad stuff...

The ending of the movie and attempted sleight of hand used as a general progression towards that idea doesn’t really work because we are already expecting something almost clever to happen and, when it just starts telegraphing the ending of the movie to us within, literally, the first ten minutes of the opening sequence, we are pretty much there at the end already, and you have the rest of the running time to start wondering when one of the other characters will stop being an idiot and see what’s really going on. Once the power cuts start, and we really know they’re not power cuts right from the very first one, then the audience will sense straight away the degree of manipulation at work within the main narrative strand and it doesn’t take much of a push to realise where this will all be leading to. Indeed, by the time one of the lead characters cuts his arm open to reveal certain information to the audience, it’s already too late... we’ve started ditching those preconceptions based on the trailer already within the first ten minutes... so that surprise at the evidence of actual humanity within the film is somewhat stingless and antiseptic by that point.

But, you know what? There’s good stuff in this movie too. It’s just always tempered with the bad stuff.

Some of the acting, for instance, is very good... although the dialogue does seem to be a bit streamlined and non naturalistic at times. Are the sometimes less convincing moments, then, the fault of the actors or the writing of the lines? I’m not sure. Hard to call. It maybe explains why the one character in this film without any lines coming out of her mouth was, for me at least, the most interesting and watchable presence in the film. That is to say, while I found the main robot creation played by Alicia Vikander to be interesting and, due to her android nature, kind of spot on... it was the character played by another actress I’d not heard of before, Kyoko played by Sonoya Mizuno, who grabbed all my attention in this. As an actress and presence on the screen, she was absolutely stunning in this and the one reason why I didn’t feel like I’d wasted my Saturday evening at the cinema. I’d definitely like to see more films with her in and, possibly because she didn’t have some very basic and clunky dialogue coming out of her lips, I found her to be the best thing about Ex Machina.

The story itself seems to be guilty of the thing I’ve been accusing most US made science fiction films of doing in the last ten years or so... playing catch up with the 1950s. These are exactly the same kinds of stories that people like Philip K. Dick were writing as shorts in the 50s and 60s and for someone to be claiming this is an original idea, or even that it’s executed as well or with at least an element of surprise being retained, is something I find to be really poor behaviour. But, like I said, there’s good with the bad.

Alex Garland can direct quite well.

That’s an established fact, now. The opening montage is, perhaps, a little aggresively edited and some of the shots are maybe not as creative as they could be given the artificial nature of sets which can be controlled to the nth degree. Nothing hugely, visually creative springs to mind when I think back on the film now. However, when edited together, the footage cuts together in a way that was neither confusing or in any way inhibiting you seeing what the director wants you to see... well, apart from accidentally telegraphing the ending, that is. What that means is that, while this does indeed feel like a first film... it’s one where the director has proven his confidence and, frankly, means that people should maybe give him a load more money so he can grow and become the directorial artist that’s obviously lurking within the best selling novelist. I think this guy has proven, with the clean look and feel of this one, that he definitely has the potential.

As a film which is entertaining... it had its moments but most of those, as I’ve indicated already, featured Sonoya Mizuno’s turn as Kyoko. A role not bound by any lines the actress might have been required to speak. In fact, I would say that both Kyoko and Vikander’s Ava were the most watchable aspects of this movie. The two main male protagonists, played by Domhnall Gleeson and Oscar Isaac, both bring a lot of enthusiasm but it seemed, to me, that they were much more hampered by the script. Real people don’t talk like this and, if you’re someone with the genius of a director like, say, Hal Hartley, then the warmth and emotional intent will always come through the stylistic stripping down of the sometimes clinical dialogue but, with this film, the performances seem to add up to being less than the sum of their combined parts, it seemed to me.

The ending, also, or should I say the epilogue to the film, seemed like something we don’t need. The final fate of Domhnall Gleeson’s character was already fairly eloquently sealed at one point and the last series of shots of both him and Ava, after their last scene together, were completely unnecessary. The points about whether Ava has managed to pass a specific kind of test had all been made, perhaps a lot sooner than the director intended, and the final scenes shown are not giving us any new information... I think that stuff could have been pared back right down and, perhaps, if the director had even lead us to the point where he’d cut to the credits before the last scene between Alicia Vikander and Domhnall Gleeson took place, maybe with the final moments having Ava looking over Gleeson's unconscious body, Garland would at least have given us a film with a little more enticing ambiguity at the conclusion as opposed to what we have here. That being said, the totally superfluous last 6 or so minutes might well have been a studio addition as opposed to Garland’s own natural conclusion to the narrative and so it might not be his fault. As it is, the ending is overcooked and it’s a shame because giving us a lot less of a conclusion would have at least encouraged the audience to think around some of the key issues more than they will now, I expect.

The only other possible saving grace to this film might well have been the score by Geoff Barrow and Ben Salisbury but, while I found it effective in some parts of the movie, I found it to be more wallpapery in other parts and I wonder if that’s the fault of the way the score has been mixed into the foley or if it’s within the composition. I’m not sure how it will play as a stand alone listen on a CD but I think it was a bit of a hit and miss affair in the body of the movie itself. Not sure if I’m going to give it a try away from the movie or not, truth be told. I’ll have to see how much the album is if it ever gets a proper, non-downloadable, physical release.

The film itself, though, seemed a bit less special than a lot of the buzz going around on twitter had lead me to believe. It seems popular, which is good news for Garland and hopefully he’ll get another go to grow as a director. As for me and judging it still in terms of someone who had seen the trailer for the movie first, I’d have to say that Ex Machina certainly wasn’t a terrible movie but, neither was it a particularly good one. That is to say, it’s not nearly as bad as the movie I was expecting it to be... but not nearly as good as the movie I was hoping it would be. It’s not a film which many will find all that challenging, I expect, but some will possibly like the “popcorn” fodder aspect to it and the CGI is done quite well for special effects enthusiasts. I think future generations will probably respond to it better because of the lack of historical journey to the concept when they’re youngsters, perhaps. I just hope there won’t be a Deus Ex Machina Part Deux.