Doctor Who: The Caretaker 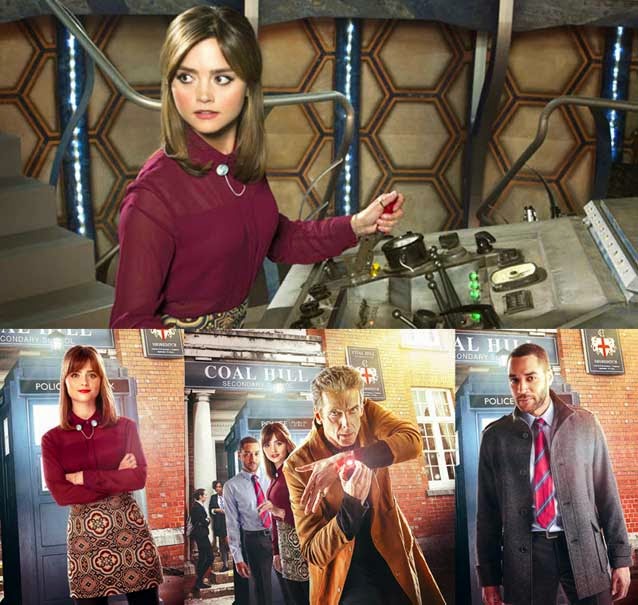 The School On The Hill

Well that was a nice episode and getting back to doing what new Who does best... the soap opera. And I’m not being derogatory, in this case... otherwise that’s Star Trek: The Next Generation out the window, to be sure. What I mean is...

Back in the days of the classic Doctor, you had time to do things with your characters. Back in the day you had an average of between four and seven episodes, each 25 minutes long, making up one single story of a number of stories per series. So when you think about it, a standard story of Doctor Who, pre the Russel T. Davies era, was at least twice the length, sometimes more, than a standard story length is today.

What this meant, of course, is that you could progress both your story and the characters (and the way they all work together) at a slightly more leisurely pace and still keep things moving. Today’s episodes are mostly running as a single story with occasional references to a sense of a story arc operating behind the scenes and spearheading each series to a concluding episode which usually fulfils any set ups to that over-reaching arc. They are very fast paced because their shorter running time demands it so sometimes they have to concentrate on story and not pay much attention to a whole lot of other stuff (Robot Of Sherwood, reviewed here would be a good example of this approach) or they can custom a story so that its DNA directly talks about character based issues (and Listen, reviewed here would be a good example of that kind of approach) or, sometimes, they do what they’ve done in this episode and set up a threat which is an easily defeatable one with a quick and easy fix at the end, purely so they can concentrate on the relationships with the characters.

Now I found last night’s episode quite enjoyable, to be honest. We get an episode where The Doctor has to go undercover at the school in which Clara and her new love interest, Danny, work (the same school that was featured back in the very first episode of the show in 1963, in fact) with the excuse of an alien robot thing bringing destruction but which, of course, is really just a way of getting all these characters working together in a danger situation so The Doctor can accept Danny. This is so that, when he’s back later in the series, everyone has a measure of everyone else.

Now then, if I had my extra critical eye on this episode, I’d have to say that the way in which this was all brought about was really rather clumsy. We had an entirely new character spliced into things who was put in just to remind everybody of Matt Smith... down to the bow tie... so The Doctor could mistakenly think that he was Clara’s new lover and to push the difference in that her choice was Danny, in a comedy-dramatic way. And the bit when The Doctor is finally dealing with the “novelty alien of the week” at the end was an obvious set up for a fail. I sat there watching and just as The Doctor was about to push the button of doom (or whatever it was) on the enemy, I said out aloud... “No, that’s going to fail. The script hasn’t fulfilled what it needs to do with Danny yet, who has to rush in and save the day.” And, of course, that’s more or less what happened. So, yeah, too obvious and a little ham fisted, to be sure.

That being said though, it was a great episode because the bits which it did need to do, set up a credible start of a working relationship between Danny and The Doctor while still establishing both the differences and the strengths of The Doctor’s relationship to Clara, was nice and sharply written, hugely entertaining and had me smiling a lot. There was also som nice stuff done at the start of the episode that showed the way in which Clara’s travels with The Doctor impacted on her relationship with Danny and also established the fact that she’s been seeing him for a little while now, all done within the first five or so minutes of the show. Nice writing and editing people. Excitement and brevity in just the right measure. Good stuff.

And that was that, the monster was handled, the introductions were over but that left us with a little hook at the end that kinda showed me I was possibly on the wrong track with the Missy references they’ve been dropping in to the episodes. Another man was killed (this guy hadn’t even met The Doctor... at least on screen) and was then spirited away to “heaven”. However, it blew my idea from last week that they were using teleport devices because, in a scene a little more graphic than we’re used to seeing with Doctor Who, we did see part of his arm land somewhere after he was blasted into pieces. My next best guess as to what’s going on here, then, is that people are being auto downloaded into the same Library Of The Dead where River Song ended up (kind of... she seems to be a free spirit again as of the last time we saw her) in a, kind of, Heaven mode. We’ll see what happens, I guess, but I’m not really looking forward to the conclusion of this particular arc anymore, to be honest. Whatever convoluted explanation they come up with for this is bound to challenge my suspension of disbelief somewhat, I suspect.

Be that as it may, though, this episode, for all its transparency in it’s contrivance to accomplish certain character goals, was vastly entertaining and my second favourite of the series so far. Now let’s see what next week brings, shall we?
Posted by NUTS4R2 at 11:04