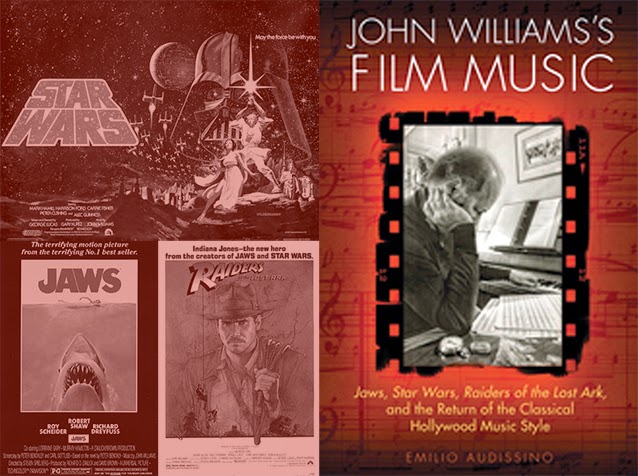 Readers Of The Lost Art

Hmmm. I’ve been putting off writing this up for a while after I read the book in question because... well, it’s not that great. It’s quite well written but it fails, I think, in its intent and in possibly deciding what the target audience for a book with this title would maybe require from... well... a book with this title.

And what about that appalling title, eh?

I honestly can’t bring myself to type something with such a blatant disregard for the rules of English grammar on this blog. There’s a picture of it above if you want to see what the publishers have horrendously let the book go out titled as... it’s the whole Bridget Jones’s Diary debacle again. Honestly, Lynn Truss wrote a book partially inspired by seeing that stupid version of the BJD title... which should of course be Bridget Jones’ Diary, as a word ending in ‘s’ as a possessive doesn’t have an additional ‘s’ after the apostrophe... as I hope my readership knows. It took me a while to get around to reading this book because, well, every time I went near the cover my blood started boiling all over again and I had to walk off and leave it where it was.

Anyway, appalling grammar aside, along with its obvious disproof that this is, in fact, the only book on John Williams in English (because... well the bloody title isn’t in English, that’s for sure)... we have a fairly skillfully written book which, according to the author in his introduction, started life as a much longer thesis he wrote which he then “de-academicised” for commercial publication... although I’d personally argue that claim... and stripped down to something more pertinent to the title. Again, though, I’m not sure just how pertinent the content is to the main title. If you include the entire subject title, even, it still seems a little off to me.

For starters, it’s not until the 69 page mark that you get any real mention of John Williams. The opening of the book mainly deals with what the author refers to in the title as the Classic Hollywood Music Style and, while he goes at great lengths to explain what that is via a kind of potted history of soundtrack composition before Williams arrived on the scene, I have to say that this stuff wasn’t the reason I picked the book up. I say “potted history” not as a derogatory term, by the way, but merely as a short hand to remind readers that the history of film music is a rich and varied topic and the short amount of pages given it here would never be able to do it proper justice, although Audissino does remarkably well in terms of putting some of the basic information across in such a short space.

However, there are two things wrong with this opening, as far as I’m concerned.

Number one being that I’m really not sure that what Audissino concludes is the Classic Hollywood Music Style is consistent with what other people may define it as. Sure, he hits the obvious “usual suspects” like Korngold and Steiner but, it has to be said, the specific honing in on a particular and specific way of writing scores, filled with Mickey Mousing etc (the phrase coined for when music illustrates and synchs to onscreen movement and action), actually doesn’t do any of the composers he puts under and outside this umbrella any favours in defining something which we’re all going to agree is typical of such an umbrella term as Classic Hollywood Music Style in the first place. It completely ignores the diversity and range of all film composers, for one thing, and the rigidity of his definition means that a lot of classic Hollywood scores from, say, the 1930s to the 1950s, that we may all think of as such, would not fit in with Mr. Audissino’s straitjacketing of his terms. Of course, some of his readers and the composers in question might feel that it does but, unless I completely misunderstood it (always a possibility), then I found the term much less useful than the author obviously did and somewhat alienating in a way. I think part of the issue might stem from applying rigid classical music definitions to a spin off of motion picture art which also has to perform certain functional duties as part of its musical DNA.

The other thing is, like a lot of the audience for this book (I suspect), we’re not here for a lesson on the history of film music. Most of us probably already know this stuff and were looking for more personal, or even musical, information specifically about John Williams. If we’d have wanted a history of film music we would have bought that book (I know I did, years ago... got a couple of okayish ones) and, though the writer's summation is professional and concise, I feel that if you wanted to write that more generalised introduction taking up almost a quarter of the book (when you take the notes and other bits out), then you maybe shouldn’t have called your book John Williams’ Film Music... or even the grammatical tragedy of a title that it's currently marketed under.

Now, after approximately 69 pages, he does get to John Williams but, since I know practically nothing about the composers private life, I was kinda hoping to learn more about him. The biographical details are here to an extent but... not so much. I still don’t remember if he’s married, got kids etc... other than what I’ve learned from programmes bought going to some of his concerts years ago (on the odd occasions he came to England to perform in concert). If the writer does mention little snippets like these, they are usually throw away items rather than telling us anything of the history of the relationships etc that Williams has made over the course of his life, it seems to me.

The bonus is, or would be, of course, that the rest of the book is dedicated to a critical analysis of John Williams’ writing style and work technique. And it kinda is, I guess, but most of the scores I was interested in were either barely mentioned, not mentioned at all or deemed unimportant or inappropriate to the objective of the book to be dealt with at any length. What we have is three chapters dedicated to the work on Jaws (although much less detail than I would have imagined), the first of the Star Wars films (again, surprisingly little compared to what I thought could have been kulled from a study of the music in this film) and Raiders Of The Lost Ark... the last being a fairly overlong section but more in keeping with what I would have thought would have been written to fulfil the title of a book which even included the name of the film in its subtitle. What a shame the author didn’t feel like maybe analysing three less “box office bait” scores in Williams’ oeuvre. Personally I would have liked to know more about his work on, say, The Fury or Dracula or, my favourite Williams score, Images. Bit of a missed opportunity I feel... in some ways. How about 20 or 30 pages on each of his films and then releasing it as a multi volume work? That might have been more interesting, methinks.

However, the last section I mentioned was, I have to say, the best of the lot for me because the writer expounded a theory, or arrived at a conclusion perhaps would be a better way to say it, about one of the elements of the leitmotif in Raiders Of The Lost Ark that I had never thought about before... and he’s absolutely right and I actually learned something here, so that’s all good. What it is I learned from Audissino is this...

Marion’s Theme from Raiders Of The Lost Ark is not a theme specifically for Marion.

What? You what? Shock horror is probably the reaction you are having to that statement now (as was I when I was reading this)... but thinking about it he’s right.

What he has to say about it is that the theme as used in the movie is not a theme which is used whenever Marion is on screen. Think about it. It only comes into play when Indiana Jones is either with Marion on screen or he’s thinking about her (such as in the aftermath of the exploding truck about half way through the movie). It doesn’t represent Marion at all... it represents what Marion means to Indiana Jones. It’s kind of acting like a “male-gaze” equivalent of the leitmotif... it’s all about Indy and his feelings... not about Marion. And as I went through the music in the picture in my head... I realised that the writer is right. Not only that but, although I’m not as familiar with Indiana Jones and the Kingdom of the Crystal Skull as I am with Raiders Of The Lost Ark, I’m pretty sure that the usage of Marion’s Theme in that one, perhaps due to the very nature of keeping her identity as a surprise and then the fact that pretty much all her scenes are with Indy, means that the logic of that particular piece of music follows through in its use on the fourth film too... so that’s pretty cool. I love it when I learn something good from a book and this was a bit of an eye... err... ear opener, to be honest.

That being said, the book was mostly a disappointment for me because the bits I came for, and which I felt were implied by the title, were just not there for me and, instead, I got well written but very general stuff which you would think the target audience for a book like this would already know about before specialising in a specific composer. It is, however, extremely well written so, if you are a complete novice in terms of the legacy of the great Hollywood composers then I think you might well benefit from picking up this tome... although, I believe there are some more thorough ones on the Market at present. As it is, though, my hunt for a book about John Williams’ life and a full study of his music is still on my 'to find' list... as I suspect it is for a lot of other movie music fans. This book isn’t it... but it certainly whets the appetite for further studies.
Posted by NUTS4R2 at 19:07