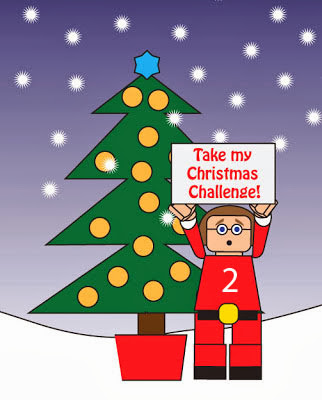 It’s that time of year again. This year’s Christmas Quizwoz continues the tradition of having absolutely no prizes and being just for fun. The overall winner (or winners, if it’s a tie) will be shouted out on the answers page when I post it. You have up to and including December 31st to get your answers in to me at nuts4r2@hotmail.com so... good luck! I’ll start on a relatively easy one...

Q1.
Which franchise, the first movie of which was based on an original novel, has had eight movies, a TV show and even a cartoon series made as part of it?

Q2.
What is remarkable about the Jessie Royce Landis character in Hichcock's North By Northwest?

Q3.
What is James Bond’s family motto and which is the first of the EON James Bond films in which this information is disclosed?

Q5.
In A Good Day To Die Hard, the Russian taxi driver near the start of the movie sings New York, New York in Frank Sinatra fashion to Bruce Willis. Why is this especially appropriate to the Die Hard franchise?

Q6.
Which biblical epic features footage from the sequel in it, as the sequel was already being shot while the first film was still being edited?

Q7.
Which 90s action thriller featured three prior James Bond super-villain actors in the film... who never meet in any scene together. Also, who are the actors and which Bond films were they the main villains in?

Q8.
Who knows what evil lurks in the hearts of men?

Q9.
Which two famous characters were teamed up this year in a novel celebrating their 80th anniversarys?

Q10.
Which actor played a character in a series of films in this century, who is the father of a character he first played in 1981? And what are the two roles in question.

Q11.
In which two movies does a character being played by Mark Hamill get his hand cut off by a light sabre?

Q12.
Which Dario Argento movie was originally supposed to be a sequel to his earlier film, The Stendahl Syndrome?

Q13.
Which Doctor Who monsters first appeared in a single story opposite Patrick Troughton in 1967 and then took 40 years to return to the series when one of their hands was glimpsed in a David Tennant episode?

Q14.
In Captain America: The First Avenger, there is an oblique reference to another Marvel Comics hero of that era. Who is the character and why is that kinda ironic in the case of this specific movie?

Q15.
Which famous director, who died in 1986, is alleged to have died from a specific type of cancer, along with a couple of other people, caused by the location in which he shot a movie released seven years earlier? And what was the film which held the deadly location?

Q16.
Which often controversial director, mostly famous for the films he shot in the 1960s and 1970s, turns up playing a small role in a famous 1950s sci-fi paranoia classic... and what is the name of that movie?

Q17.
Alfred Hitchcock’s remake of his own The Man Who Knew Too Much (1956), Bryan Forbes’ Deadfall (1968) and Peter Jackson’s remake of King Kong (2005) all have something very specific and unusual in common. What is that specific thing and, once you’ve figured that one out, which of these is the odd one out and why?

Q18.
Who is the only “Avengers girl”, from the various British TV shows featuring the adventures of John Steed and his companions, who has not turned up in a James Bond movie?

Q19.
Which actor played a professor suffering from a sped up version of the disease “acromegaly” in a Clint Eastwood film and, which iconic character actor of the 30s and 40s suffered from and was killed by a side effect of this same disease in real life?

Q20.
Which incredibly famous actor was fired by (or left the employment of, depending on who tells the story) Akira Kurosawa after less than one day working on a film. Also, what was the title of the film and who replaced the lead actor after this incident had occurred?

And there you have it. Hope this one wasn’t too tricksy for you but I wanted to make it relatively internet proof... at least to a degree. Again, answers to the email address at the top (which I only really use for these quizzes) and good luck.
Posted by NUTS4R2 at 10:30