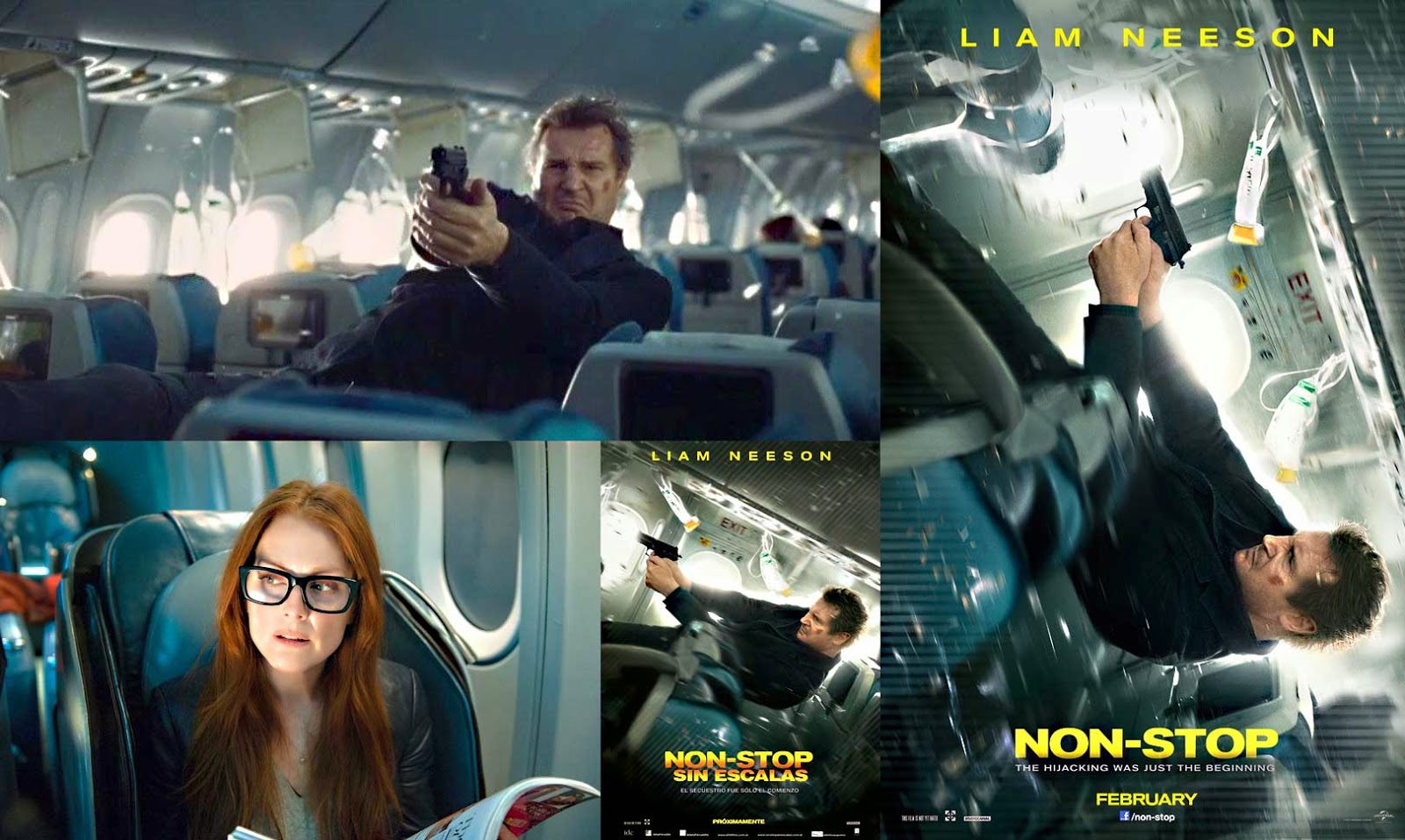 Liam What I Am

Well. surprisingly, this movie is not the complete disaster I thought it was going to be.

The first time I saw Liam Neeson take on the role of an action hero it was when Star Wars Episode I: The Phantom Menace (the later 3D version of which is reviewed here) opened at cinemas in the UK. I was impressed both by the movie (yeah, I know, I’m in a minority there) and also by Neeson’s presence in that kind of role. When I went to the cinema a few years back to see him inhabit that kind of dynamic role once more, in Taken, I was once again impressed with him in that much harder edged and grittier take on the contemporary action hero.

Then it all changed for me.

I saw him take on another action role in Unknown (reviewed here), a film by the director of Non-Stop, and was extremely disappointed with it. Not specifically with Neeson, he’s always a pretty much guaranteed appropriate performance... but the film was pretty awful, it has to be said. Similarly, although I kinda enjoyed Taken 2 (reviewed here) for what it was, I felt it was a big downgrade in quality compared to the almost perfect first film... the plotting just seemed way off course to me.

Now, if I’d realised Non-Stop was directed by the same guy who turned in Unknown, I almost certainly would have avoided this one. As it was, I didn’t know that and, although the trailer for this one looked pretty run of the mill, I wanted to see if this one could possibly be as cliché ridden as the film’s pre-publicity made it out to be.

And the answer to that one is... yes.

It’s also a pretty good little B-movie style action thriller and, although it does feel kinda cosy throughout the majority of the film, it didn’t spoil my appreciation of it as an entertainment. I liked, for instance, that the film made use of just one set for over 99% of it’s running time (the story is about terrorists on a plane) and I’m guessing this whole thing was a fairly low budget affair.  I also appreciated the acting performances too, it has to be said. You can’t go wrong with Liam Neeson and Juliane Moore really (although, knowing what she’s capable of, Moore’s screen time and character could have been considerably expanded in this one, as far as I’m concerned) but, more than that, it’s like the plane was filled up with really great modern character actors. I didn’t know any of their names but some of their faces looked familiar and they were all damned good in their parts.

Another great thing about this one is that the action editing was really good. And by really good, I suppose what I mean is that it displayed a high level of competence in allowing the audience to actually be able to piece together the action choreography in their heads... rather than just show a load of fast cut incidents and attempt to fake it in an almost “impressionistic” way... which has been a weakness of a fair amount of Hollywood style action movies over recent years. Yeah, I know I’ve said that stuff in reviews before but, I think it bears reiterating here because I would always appreciate knowing up front if I’m going to be able to effectively decode the images that are presented to me... no matter how short the shots are.

There are other things about this movie which are far from good, though...

It telegraphs certain things about the nature of the threat and even, in a couple of sequences, kinda points out who’s behind everything long before the actual threat even materialises in the film. The “bad guy” element is pretty much finger-pointed in the first five or ten minutes of the movie and, after that, the red herrings deliberately highlighted at key points aren’t really enough to throw you off the scent for very long, I’m afraid.

It’s also full of clichés too. Some of the character types even correlate to previous “air disaster” movies and, although they are obviously presented like this as homage, it doesn’t really do itself any favours in that regard. The character background stories are pretty 1970s TV soap opera too... so that really didn’t help. It also leads us into an almost inexcusable quality of the movie which annoyed me intensely, in that it had both the “generic villain comes back from death to cause more mayhem” factor and the “generic ally of the main protagonist comes back after death in case he needs to make cameo appearances in any sequels” factor in this film. Added to these crimes is a last minute, end of movie, blossoming romance where there really wasn’t one, and none needed, kind of ending to the story and there’s enough there to certainly have turned me off this movie.

But, as I said earlier, Non-Stop has a kind of “comfort action movie” quality to it and, as it’s well acted, well edited and has a fairly good score by composer John Ottman, then I think it’s probably going to be good enough for most fans of this kind of broad action thriller to sink their teeth into. Not a rave from me but certainly, as I said at the start of this post, not a disaster. There are a lot worse action movies being made and released into our cinemas these days, I think.
Posted by NUTS4R2 at 20:06